UI vs UX : The pictorial differentiation 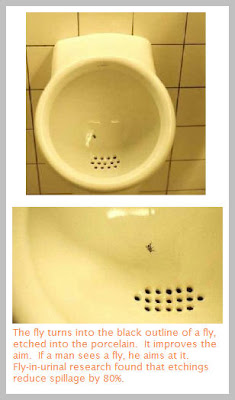 Total It Up! Our first android App....

Anand agrawal and me always wanted to try our hands at developing an android application and the itch to do that was even more with Anand eventually buying the coveted Nexus One android phone. Now came the difficult task of actually zeroing in on what would be an application which would actually end up being useful for not just us but also good enough for people to use and catering to a need. In simple words not just a dummy app to play around with but something useful that could be put up on the android market place.
Voila! and the idea finally stuck us after intense brainstorming over lot many options and we now have an application called Total it Up! in the android market place. This is what it tries to solve.
Problem: While going out during team outings, with friends or just in a group, some people tend to pay up the bills and expenses incurred during the outing. Now lets say in a group of 7 people each one of us ended up paying up for something during the outing. Now, how do you divide the expenses incurred by those individuals and calculate the amount that each one owes ?? Its painstaking to do and follow a track of, and unless you do so you would end up forgetting
what you paid for and who owes you how much !!
Total it Up to the rescue: With the burgeoning user base for android based phones we decide to build up an android app which would solve just this problem. So using the app you can now capture the participants involved in the outing from you contact list on the phone and mark the expenses incurred by each one for which all participants. For eg: if anand, chandan, KK and atul go out for an outing and chandan pay for the movie tickets for all, while KK and atul pay for the dinner for all then we can feed this info into the app and the app would come up with the most optimised transactions/payments that are required by the participants to repay the expenses to those who paid for them. Isn't that awesome !! And wait, not only that you could use your contact details in the phone to send out the reminders and expenses to all the participants. Thats what is called ease and simplicity and no more hassles tracking it manually!!
Links to the app:
http://www.androidzoom.com/android_applications/finance/total-it-up_kowd.html
http://www.androlib.com/android.application.com-app-settleexpenses-jEqBx.aspx
App Screenshots: 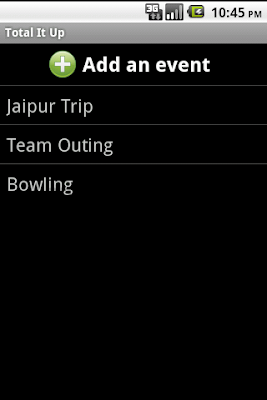 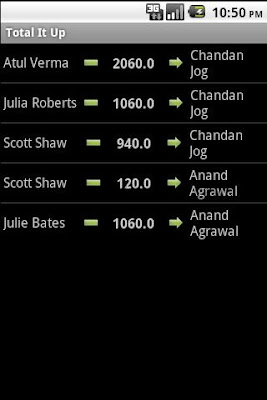 Please do go ahead and check out the app and post your comments and feedback. We plan to release a new version for the same with much more features and ease of use to track the expenses. Till then Total it Up!
Posted by Chandan Jog at 1:18 AM 2 comments:

It's been a long pending first post from my side, which my blogger account was waiting for and what better way to start of by jotting down my experiences while moving and staying up north in gurgaon. It's almost one and half months since i moved along with a couple of my colleagues @ ThoughtWorks up here to start working out of our newly setup office/business center and has been quite a ride i must admit.

Gurgaon, the suburb adjoining Delhi, is a fast growing hub for all big-wig MNC's with high rises and construction visible all around. At first glance it would easily be compared to a US suburb. Some of the things that strike you immediately in a couple of days are:

- Offices of a lot of big names in the industry.
- The heat in the summers(40 degree celcius + @ 9:00 in the night) which leaves not much option for you but to stay indoors. This followed by dust storms coming out of nowhere.
- Lack of any public transport system in the whole of gurgaon. No buses, auto-rikshaws....only cabs plying on streets.
- It's easy to find a wine/beer shop or a property consultant round the corner, in fact you can find them everywhere, but really difficult to find a grocery store/local kirana shops anywhere.
People only shop in malls and there are plenty of them popping up in the city to a point where you start confusing between their names..:P

We have moved into a business center @ golf course link road till we are a size-able number to move into an office space of our own. We are always on the hunt for good talent to join us and you can checkout the openings @ http://thoughtworker.com/ and know more about us @ http://www.thoughtworks.com/. You can also get in touch with me at cjog@thoughtworks.com. Having good fun getting involved with the day to day operations of setting up our new office and will keep you posted on my learnings/musings from the same.
Posted by Chandan Jog at 7:14 AM 1 comment: 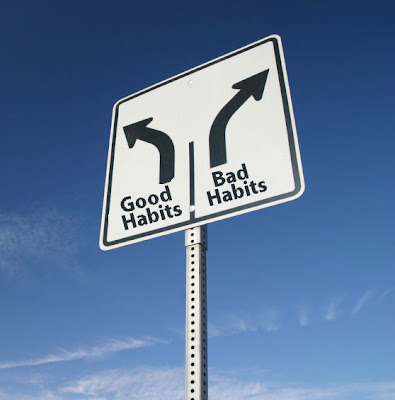 Someone has said it so perfectly -

Summarizes it to the tee and not to forget that its equally difficult to develop the one's that are not driven by our subconscious mind.

They can be as trivial as that of our own Mr. Captain cool Mahendra singh dhoni's choice of words for starting most of his conversations with " Well off course !" to that of his habit of being sharp and patient during crunch match situations. I have friends who have some strange one's like drinking water every half an hour to the more common one's like not being able to restrain themselves from smoking , talking too much, early to bed and early to rise and the list goes on .

Over so many years i have developed and evolved many, got rid of some nasty ones and unconsciously gained some of them. Good and bad habits are a part and parcel of everyone's life and every once in a while it makes sense to just slow down, do some soul searching and take stock of the ones you would want to have and try to eliminate the useless ones. Even better if you could observe and incorporate the good ones from others.

Nevertheless, the whole idea behind this post is to set my thought process rolling to identify and elaborate on the one's that make me effective, add some value and have taken real perseverance to develop and sustain and eliminate one's that are just a drag. Listing down a few of them.

- A consistent exercise regime and a controlled diet over the past 8 to 9 months and still counting . I am proud to say that i have lost around 10+ kgs of the excess fat that i had been carrying around for a couple of years primarily because of my sedentary IT job and now sans it i feel much fitter and leaner.

Hasn't been an easy journey though, and i always wanted to stay away from the gym(my own sweet reason's :) ) and still manage it. A mix and match of suryanamaskar, walking, jogging and sports has helped me do that along with tweaks in my eating habits.

- Targeted reading based on my interests. Tapping the right resources and being proactive to learn and pick up skills i am interested/inclined. I am not an avid book reader and my primary source of information consumption is internet. This again has been a case since an year i plan to keep it going.

- Late night's, at times being awake way past midnight till 3 to 4 am in the morning reading/browsing/exploring at times getting drowned in the information explosion thats happening these days(contradictory to the good habit i just mentioned :P ). This has led to a major shift in my body clock and functioning causing sleeplessness during odd hours and fatigue at times coz of less sleep.

- Effective time management and prioritization. When i talk about it, its beyond my usual office work, related to things i have always wanted to do be it being more involved with my financial management and decisions rather than having it shoved off on to my father or following my hobbies and personal interests/aspirations. Having a good work life balance.

Would love to hear from people about their wish list of habits and experiences !

Chandan Jog
Pune, Maharashtra, India
I am a consultant currently working with ThoughtWorks, primarily on agile web development using .Net/ ROR with interests in user experience/UI designing . Like ideating and networking. Have an artistic bent and in the free time you can find me playing around with my new Intuos 4 digital tablet and working on digital art . https://github.com/chandanjog